ProPetro is strategically located and focused in the Permian Basin, one of the world's most attractive regions for oilfield service operations as a result of its size, geology, and customer activity levels. The Permian Basin consists of mature, legacy, onshore oil and liquids-rich natural gas reservoirs that span approximately 86,000 square miles in West Texas and New Mexico and is characterized by multiple prospective geologic benches for horizontal development.

Rystad Energy estimates that, as of November 2016, the Permian Basin contains approximately 58 billion barrels of oil, the largest recoverable crude oil resource base in the United States and the second largest in the world. As a result of its significant size, coupled with the presence of multiple prospective geologic benches and other favorable characteristics, the Permian Basin has become widely recognized as the most attractive and economic oil resource in North America. 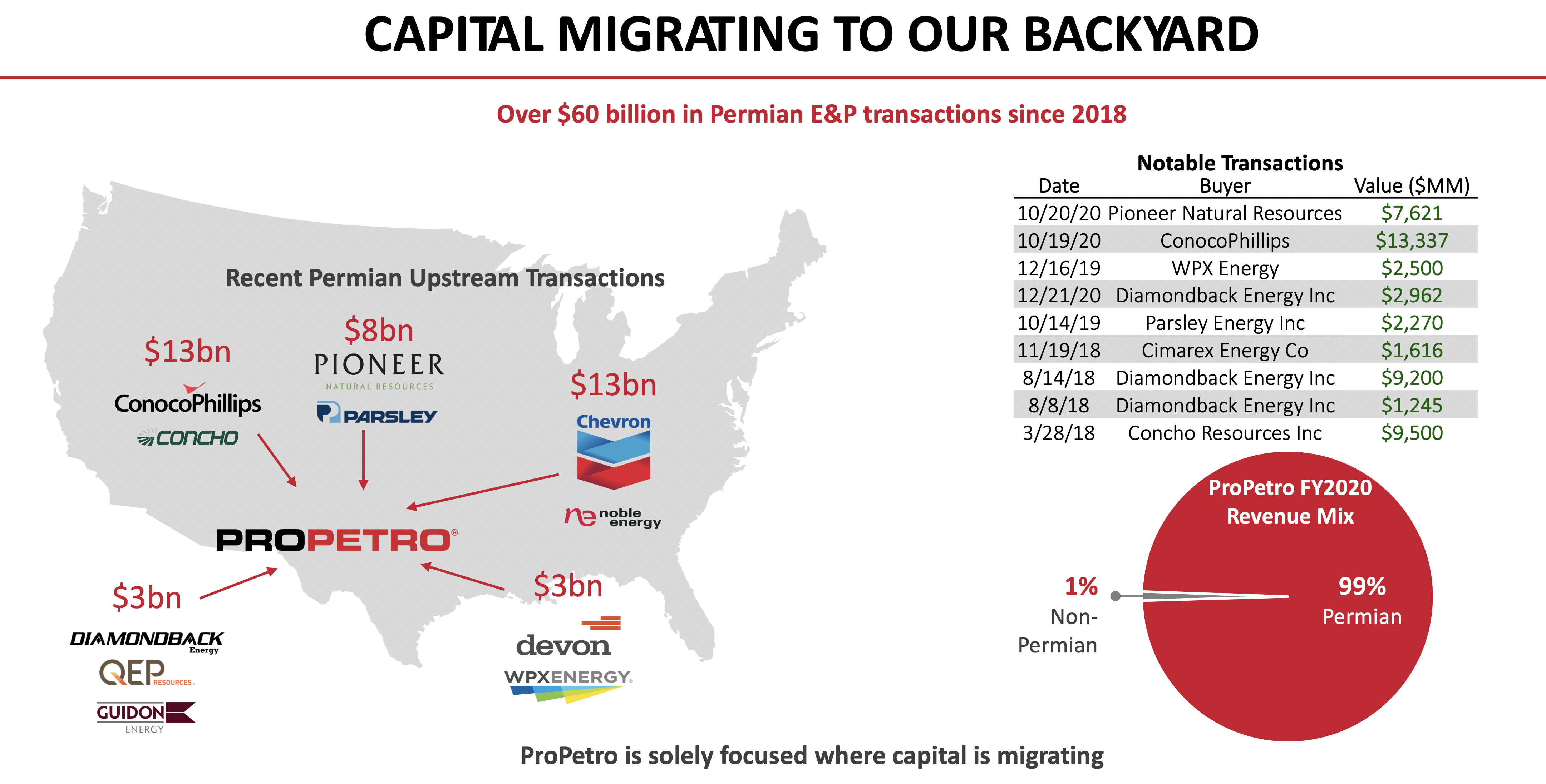 The Midland Basin: Our Current Focus

Operational improvements in the basin have driven heightened oil production in recent years as a result of increasing levels of pad drillingand capital efficiency. Initially delineated with thousands of vertical wells, today its resource potential is further enhanced through horizontal drilling and completion efficiencies. Rystad Energy estimates the Midland Basin's recoverable oil resource to be over 27 billion barrels, second in the United States only to the geographically adjacent Delaware Basin.

The Delaware Basin: Expanding Our Presence

As activity levels increase in the Delaware Basin, we have begun to expand our presence in the region in tandem with increasing activity levels and demand-pull from our core customer base.